Did you hear about the blonde coyote?
She got stuck in a trap, chewed off three of her legs and was still stuck.
Reactions: Prerylyon, dirtclod Az. and Bonecollector

Redneck ride along.
Hit by the same Truck.

The caption should read:

Look ma, ya got em. And you thunk that he got away
Reactions: Johnbud

“Yep, sure am proud of my sonewphew, lil rascal still dunno the difference between the fly swatter and ball bat tho” 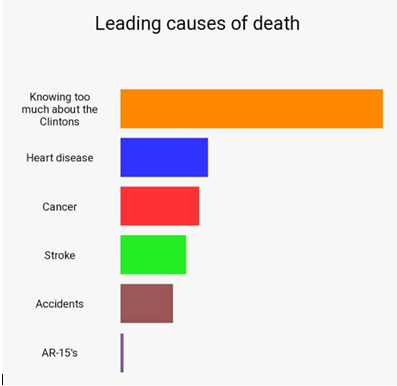 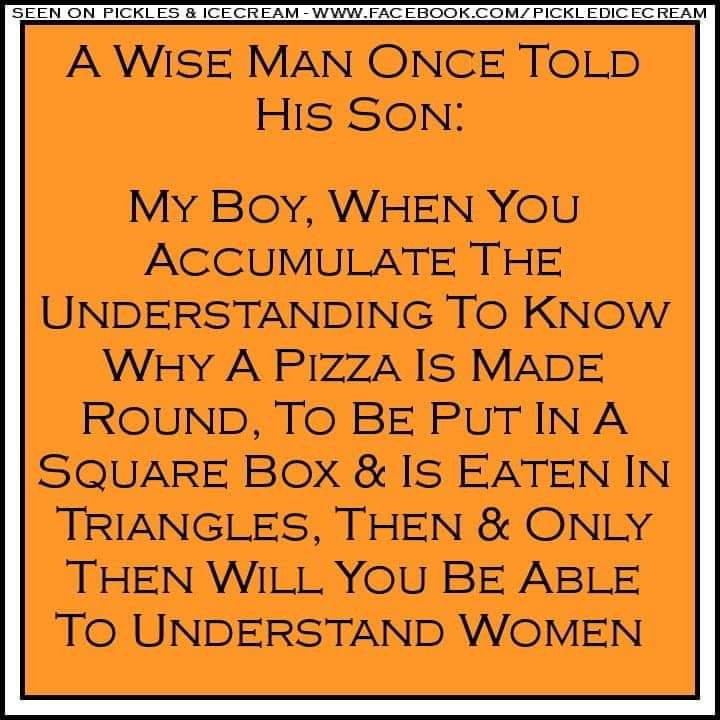 I cut my round pizza in rectangles

The Doctor said: "The good news is I can cure your headaches...The bad news is that it will require castration. You have a very rare condition which causes your testicles to press up against the base of your spine and the pressure creates one hell of a headache. The only way to relieve the pressure is to remove the testicles."

Rydell was shocked and depressed. He wondered if he had anything to live for. He couldn't concentrate long enough to answer, but decided he had no choice but to go under the knife.

When Rydell left the hospital, he was headache free for the first time in over 20 years, but he felt as if he was missing an important part of himself.

As he walked down the street he realized he felt like a different person. He could make a new beginning and live a new life. He saw OMR's men's clothing store and thought, "That's what I need, a new suit."

Rydell laughed and said, "That's right, how did you know?""

Rydell tried on the suit. It fit perfectly.

As Rydell admired himself in the mirror, OMR asked, "How about a new shirt?"

Rydell thought for a moment and then said, "Sure."

Rydell was surprised. "How did you know?"

OMR: "Been in the business 60 years." The shirt fit perfectly.

As Rydell looked at himself in the mirror, OMR said, "You could use new shoes."

Since Rydell was on a roll, he said, "Sure."

Rydell was astonished. "That's right. How did you know?"

Rydell tried on the shoes and they also fit perfectly.

As Rydell walked comfortably around the shop, OMR asked, "How about new underwear?"

Rydell thought for a second and said, "Why not."

OMR shook his head. "You can't wear a size 32. Size 32 underwear would press your testicles against the base of your spine and give you one hell of a headache."
Reactions: Hilltop, Bonecollector and Prerylyon

My wife and I went out for a leisurely drive to see the autumn leaves, when we noticed that one of the tires seemed to be getting low…

She was a bit taken aback when I asked her for some change and asked, "Why in the world did they start charging for AIR?!"

I looked at her and winked, "Inflation."
Reactions: Celtic Clamper and dirtclod Az.

What did Earth say to the other planets?

Wow you guys have no life.

The family wheeled Grandma out on the lawn, in her wheelchair, where the activities for her 100th birthday were taking place. Grandma couldn't speak very well, but she could write notes when she needed to communicate. After a short time out on the lawn, Grandma started leaning off to the right, so some family members grabbed her, straightened her up, and stuffed pillows on her right.

A nephew who arrived late came running up to Grandma and said, "Hi Grandma, you're looking good! How are they treating you?"

Grandma took out her little notepad and slowly wrote a note to the nephew, "They won't let me fart."
Reactions: Hilltop and dirtclod Az.

Now that's funny I don't care who you are,My Mom's that age.
I'm sure she'll enjoy it.

In a recent survey carried out by the leading toiletries firm "Brut" people from Chicago are the most likely to have had sex n the shower.

In the survey 86% of Chicago's inner city residents (almost all of whom are registered democrats) say they have enjoyed sex in the shower.