Opening The Can Of Worms...Coronavirus...

Plenty of TP down here where I’m at in San Antonio, but my wife and kids have been in Gunnison/CB, Colorado all week and said there is no TP left up there, people were having to go to Montrose to find any. Down here if you didn’t watch the news you’d never know anything was going on. We still have plenty of Corona on the shelves too...maybe I’ll stock up!

My local store still has plenty of paper products on the shelves along with the rest of the goodies that stores have.

The funny thing is that when I usually do my shopping around 9am there are a few people in the store but not really that many. Today the parking lot was packed.

Guys, I'm always willing to play Devil's Advocate so here's your chance to flame-war me. Just one counter-thought. I live in Lafayette, CO: a reasonably populated small city in the Midwest. Great place. They're canceling some sports activities but school's still open and they plan to stay that way. No big deal here.

But even our most densely populated areas are TINY compared to other places our Nation. At this moment I'm sitting in an airport lounge in Baltimore. I've just gotten out of a meeting with the Army at Aberdeen Proving Grounds and they've told me we were their LAST meeting, they almost cancelled us. They're shutting down ALL outside visits and sending employees home for 2 weeks or more. There's something like 80,000 people just working in that FACILITY, let alone living in Aberdeen, let alone Baltimore, let alone DC. People are wearing gloves on the bus and staying 3' apart here and no, I don't think it's "just another flu".

Personally I think it's pretty offensive to so easily drop slurs like blaming "Jewish Democrats" for things, but that's between you and your priest or however you lead your life. But when our nation's military takes something this seriously, I do too. And I think unless you spend some time in a REAL city (where things like this actually do spread and cause big problems, and those people are Americans too) it's really easy to write this all off as "somebody else's problem."

I believe America is strong because its people are strong. All of them. And I think they all matter. But then again, what do I know.
Reactions: dan maule

The weird behavior is what is baffling me. Why toilet paper as the thing to stock up on? Non perishable food, sure I get it. Water, yeah that makes some sense which is why I have a few filters available for me and mine. Toilet paper is important, don't get me wrong but to stock up to the point where others won't be able to have some.
Reactions: bdan68

I'm inoculating myself as we speak and often. 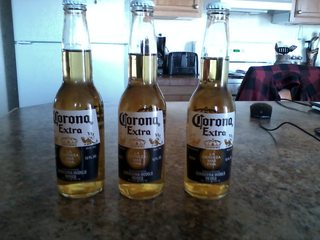 Gr8bawana said:
I'm inoculating myself as we speak and often.

any beer that needs a lime to choke down ,ain't worth drinking!

kidoggy said:
any beer that needs a lime to choke down ,ain't worth drinking!

It prevents scurvy at the same time
Reactions: Gr8bawana

My company went work from home for the foreseeable future. We are a software development company so we won't miss a beat. Looking forward to not driving during rush hour.

I'm with Hilltop, all I'm trying to do is figure out what stocks to nail down in the coming weeks.

I work remotely about 80% of the time, currently. Our office just pushed that to 100% for at least the next two weeks, I'm guessing it will be slightly longer.

In regards to the run on toilet paper.... People are funny, I guess a run on TP is better than a run on the bank. I did have the wife buy a couple extra things of baby formula tonight.

The surprising thing is that metals are trading lower.

D_Dubya said:
I wonder if this whole situation will effect draw odds, the market crashing during application season could have some folks a little hesitant to tie up a few grand on applications.
Click to expand...

Oh it will.
I'll bet on that right now. This will limit scouting trips, people reluctant to burn points on a year they couldnt scout, work schedule changes driving personal schedule changes.....etc etc
I'll bet we hear at least a handful of tags that went to people with less than the past years average points required.
Non Res guys is who it will effect the most in my opinion. Will see. I'll be the first to say I could be wrong.
Reactions: D_Dubya and Bonecollector

They are closing the schools around here. Going to be a long spring break maybe into summer..

All fun and games til the death cycle kicks in. That whole dead people filling up hospitals tends to make folks uneasy.. Always more comfortable saying it is just older folks who die until that is your mom, grandma, or father....

The stats I look at and believe show that there is a .3 to .5 infection rate current in the us and at is 1-2 million people already. I would have spect it to get up to 10% easily. The math tells us we are in the calm before the storm.

Going to get interesting watching this one play out. Stay healthy everyone.
Reactions: taskswap

They shut my daughters school down for 2 weeks.

Ironically, they had her doing her homework on the computer 2 weeks ago and now they are going to a remote learning plan where she will attend he classes from home. She is 9.

I follow hockey as many of you know and they share a lot of the same spaces as the NBA. Some things that leaked out from their meetings after the announcement of postponement was to provide a tentative schedule working well into July. So normalcy by June based on the information they are getting from higher ups?
M

It will be interesting to reread these threads in a few months.
Last edited: Mar 13, 2020

Mule3006Elk said:
It will interesting to reread these threads in a few months.
Click to expand...

Yes it will...who knows where this will end up, yesterday morning things here were still normal, by this morning people had lost their minds and buying up everything in sight
Reactions: bdan68 and Mule3006Elk