I have complained for years about mixing archery and gun hunting. The archery hunters wear camo and the gun hunters have to wear orange. Pretty dumb IMHO.

However this still does not forgive a hunter for shooting at a target that he had no idea of what it was, be in man or animal. But then it could of been a accident in a camp or elsewhere where they were together and someone mishandled the firearm. I just hope that when the investigation is complete that they post just what did happen.

Prayers to the affected family.
Reactions: memtb and dirtclod Az.

JimP said:
However this still does not forgive a hunter for shooting at a target that he had no idea of what it was, be in man or animal.

You are 100% correct.
Reactions: memtb

I’ve said before that a guy should be able to wear a deer costume in the woods and feel safe. No excuse for shooting another hunter except in the case of a bullet pass through
Reactions: DRUSS, Shane13, Naturebob and 1 other person

yup anyone that needs orange to keep from having an "accident " should not be walking free in society.
Reactions: DRUSS, memtb and Naturebob

On guided hunts in Wyoming (and likely other states), the hunter is wearing blaze orange, but the guide, packers, and film crew are not. Seems dumb to me, as all are in the same environment and the only guy with a gun already knows where he is.
That said, no excuse if the shooter "thought it was an elk". I taught a firearms safety class the last two nights, my 35th year doing so. Accidents do happen, and sometimes they are just that, but in most cases they are due to poor choices or foolish actions, such as, "Hold my beer, watch this."
Reactions: HuskyMusky, memtb, dirtclod Az. and 2 others
D

These events are really disturbing to me and I can’t help but try and think about how in the world that can happen. The one thing I have always thought was dangerous is using the cow elk decoys during a firearm season. Not saying that is what happened here. I can’t imagine his poor family receiving that call, I will be praying for his family.

I remember one time when I was Muzzle Loader hunting down here near home. I was sitting near a small pond eating lunch and I hear some noise in the oak brush and see the horns on a nice mule deer moving. I was elk hunting, but watched as an archery hunter came out of the brush. I had shot a nice buck and the meat was in his pack and the head/horns on top. He was naturally dressed in camo. I thought "WOW he is an accident waiting to happen"! I yelled at him to put some orange on the horns .

Who knows how this happened, but I will always remember that day and thing how lucky that hunter was........and stupid too.

Sheriff of Dolores County announced that the bow hunter killed was from Texas and they muzzle loader hunter who shot him was from Pennsylvania (he under arrest for involuntary manslaughter). No more details.

It happened in unit 711 near the West Fork of the Dolores River and Dunton. It is about 25 miles northeast of my homeplace.

I'm a muzzleloader hunter and cannot imagine how these regs were constructed. I am required to wear orange. The archers I might accidentally mistake for game are not. My bullet can go 100-300 yards easily. An arrow can go 30-60 yards easily. I really want to know what these folks were smoking and where to get some.

It will still be interesting to hear the final outcome of just why the shooter pulled the trigger.

This is really awful. We r just winding up our muzz hunt in Garfield county and the senseless rule of orange requirements and the chances of this happening were discussed in camp several times during the week.
N

considering the state it happened in the shooter probably though he was shooting at a pink elephant.
party on dudes!

Just spitballing here but I wonder if there was an argument. I find it hard to believe that it was accidental unless this happened at camp while loading the thing.

* I did hear that the archery hunter had a decoy attached to his bow * Don't know if its true or not though.
Last edited: Sep 20, 2021

The news finally hit the state TV stations and what you might call major online papers.

But all they are saying is that the investigation is continuing but they did list their names and where they were from. Both parties were from out of state. The one who was shot was from Houston and the shooter was from Pennsylvania.

I saw the names, but just left them out as I didn't want to add any more.
R

mallardsx2 said:
Just spitballing here but I wonder if there was an argument. I find it hard to believe that it was accidental unless this happened at camp while loading the thing.

* I did hear that the archery hunter had a decoy attached to his bow * Don't know if its true or not though.
Click to expand... 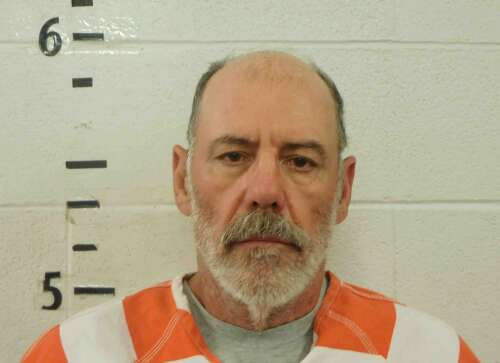 A hunter from Pennsylvania has been arrested on suspicion of criminally negligent homicide after allegedly shooting a bow hunter Friday in the San Juan National Forest northwest of Rico. jm...