I am not a vet and don't know much about burn pits. I can understand that tons of nasty material should be destroyed but it just seems we have moved past fires at landfills here stateside but let lethal crap smolder 24/7 in a war zone. I should think there would be a big ,high heat state of the art incinerator that could be built and run by troops. From what I know really high heat destroys a lot of the nastiness. Asking why such a thing is not used. Don't say its too expensive. We have dropped a wad in Iraq and if we are going to send troops in somewhere they deserve our best effort to keep them safe. Thanks

This ties back to the bills running through Congress on veteran affairs. Huge burn pits in Iraq and Afghanistan of weapons, sensitive stuff they didn't want terrorists to get ahold of.
Reactions: Ikeepitcold

ScottR said:
This ties back to the bills running through Congress on veteran affairs. Huge burn pits in Iraq and Afghanistan of weapons, sensitive stuff they didn't want terrorists to get ahold of.
Click to expand...

I'm sure some of it was sensitive material but they also contained common waste to include plastics, rubber, chemical mixtures, and medical waste. It was basically a trash dump that they burned to save space.

I spent my aerospace working career working around all types of chemicals used for adhesives, sealers, cutting lubrications, high strength cleaners and the worst of all composite fillers, adhesives and sealants. These all are known carcinogens. Early on we used no protective devices, air filtrations or organized waste material collection. But we learned and took corrective action over 40 years ago! Times are a lot different today. Why our armed forces didn't use proper protection of all their personnel is unforgivable....sorry they knew better.

Colorado Cowboy said:
Why our armed forces didn't use proper protection of all their personnel is unforgivable....sorry they knew better.
Click to expand...

That right there is a big part of the equation.

In my former job we were provided all kinds of personal protective equipment for us to use when we were around hazards materials/chemicals. Some of us use all of the PPE, some used some of the PPE, and then there were those who didn't use any of the PPE. Some of the PPE was a pain in the rear to put on and actually work while wearing but we still were suppose to use it.

One person actually said that they only thing that they could do with the PPE while they were wearing it was to chew bubblegum and mess their pants.
R

I'm certified for the various PPE. Working conditions in those is downright tough at times. Gotta decon to take a dump, sweat fills up your pant legs, etc.

I'd rather see the stuff burning than some kind of mass giveaway like one president did.

The govt doesn't care about the military - we look at veteran health care if you want to debate it.

As for the environmental question - some stuff gives off chemicals when it burns - tires are an example. The fire retardant they use in fire fighting turns out to be worse for folks tho. Can't seem to win.

I was Infantry and Outside the Wire doing Missions but when we came back in we would drive by the burn pit and you really couldn't avoid the smoke even in the vehicles.
Reactions: buckbull, ScottR and Colorado Cowboy

^^ Thanks for your service!
Reactions: disabled combat vet 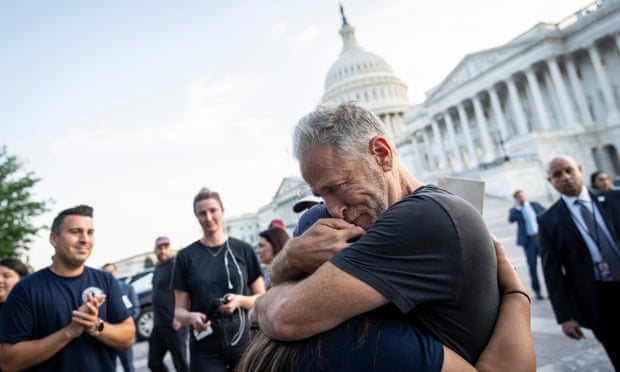 
After a week of anger and criticism from veterans groups and advocates, including the comedian Jon Stewart, Senate Republicans finally agreed to pass a bill that expands healthcare and benefits to veterans exposed to toxins.
Reactions: disabled combat vet

Winchester said:
^^ Thanks for your service!
Click to expand...

Your Welcome I would honestly do it again!!!
Reactions: Winchester and Colorado Cowboy

They don't say that the Republicans got the Democrats to get rid of all.all their pork that they had attached to the bill

I am a disabled vet too, altho I was drafted and never in combat, I would do it again also. I was young and it really made a difference in my life.
Reactions: disabled combat vet

Colorado Cowboy said:
I am a disabled vet too, altho I was drafted and never in combat, I would do it again also. I was young and it really made a difference in my life.
Click to expand...

It doesn't matter if you were drafted and never in combat, you still served proudly!!!!
Reactions: Colorado Cowboy
R


After a week of anger and criticism from veterans groups and advocates, including the comedian Jon Stewart, Senate Republicans finally agreed to pass a bill that expands healthcare and benefits to veterans exposed to toxins.
Click to expand...

Let’s hope that something actually happens. One thing to pass a bill, another to fund and “use” it.
Reactions: Gr8bawana
D

These veterans deserve to be taken care of! I just hope that they weren’t used as pawns in this bill for crazy politicians pet projects.
Reactions: Gr8bawana and Colorado Cowboy

one of my best friends was in the national guard and did tours in Iraq and Afghanistan. he said those pits were the worst ever and they all dreaded when the wind took a turn for the worst. he said even if PPE was available it was so fugging hot you couldn't stand to wear it. he also mentioned supplies of certain things were also short so might not be available. he always complained about not having good boots and having to duck tape the soles back on because they never had boots available.

why not just forget about the burn pts and hand over the weapons ?
it is what we always do in the end anyhow.
M

Sorry to not reply to this .I got a new computer and had to deal with my password and stuff. My question concerning burn pits is this. Why do we run these as we do. We stopped having smoldering dumps stateside in 1974. Why on earth would we do it I Iraq when we KNOWi ts damaging to people. We have had high tempatture trash burning power plants in the USA for years. I just don't understand why we don't have a better more secure cleaner way to dispose of millions of pounds go toxic garbage. I'm under the assumption that most or many toxic items are made harmless if burned at super high temps. Just seems like a problem that with a little effort would be far smaller. OK maybe not perfect but way way better than the 1950's dump. Anyone know if this would be possible and if not why. I'm not a high temp engineer but perhaps some of you are.
Reactions: kidoggy

the simple answer is we don't do it because human life is not sacred and never was.