Hey guys! Why do you think it is harder to draw in Colorado? We just published a blog and wanted to get your opinion as well. Happy Thursday! 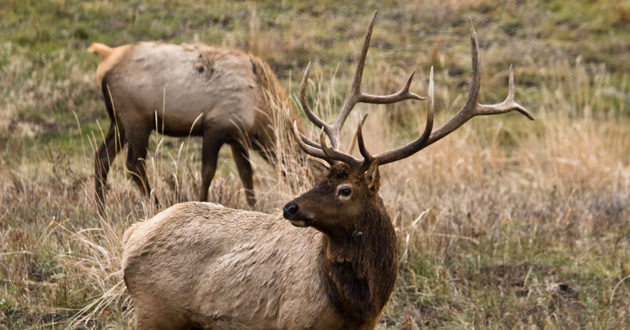 PC: Mike Eastman Thanks, to Eastmans’ Forum member ColoradoV, I got my hands on the 2021 Colorado re

Websites like GOHUNT and OnXMaps are factors in people applying because they cut the learning curve significantly. I have hunted with a couple people in Colorado who without OnXmaps would NEVER have tried hunting out there.

But I feel the major factor IMHO is that you dont have to front the fees any longer. If they made you front the fees for ALL of your western state applications you would see a lot less people applying.

All of the above combined with this years "Free Govt Money" people were burning on elk hunts in Colorado. And a ton of them are unemployed and dont have to worry about working during elk season because of unemployment extensions and so on and so forth.....

There was a time not very long ago that it was shameful to admit that you were unemployed. Now people embrace it and go vacationing....strange times.
Reactions: THelms, BKC and D_Dubya

Actually I don't believe that it is harder to draw except for those units that hold exceptional animals, then it just comes down to supply and demand. Utah is the same way, most non resident LE elk tags are going to take you close to 20 years to draw for a rifle hunt. Deer hunts in the LE units are the same, 20 + years to draw.

Multiple hunting seasons for both deer and elk along with a lot of OTC rifle elk tags.

Even on deer units that you need to draw for if you do your homework a non resident can find those that they can draw a rifle tag every year and then hunt elk with a OTC tag along with their deer..
Reactions: THelms, Colorado Cowboy and taskswap

I definitely agree with Jim, especially the 4 rifle season options. Lots of public land and really pretty easy to access some really great hunting areas. Sure the really famous units are hard to draw, but Colorado manages them that way. If you do your research and get boots on the ground in advance of applying and hunting, you can draw and get a chance at filling your tag on a pretty regular basis. I've been here 21 years and have hunted deer over half the time. OTC tags for elk can be tricky and you really need to do your homework to keep from joining the "orange army" that hunts otc in a lot of units.
Reactions: THelms

Third that. I draw every year, without fail. I just focus on zones that are over their population targets and where in previous years there was leftover quota. Sure I don't have a big emperor mount on my wall, but I have meat in the freezer every year and I'm pretty happy about it.

Just my opinion but drawing in CO is super hard these days. Most people shouldn't even bother...
Last edited: Apr 30, 2021
Reactions: THelms, BKC, Slugz and 1 other person

taskswap said:
Third that. I draw every year, without fail. I just focus on zones that are over their population targets and where in previous years there was leftover quota. Sure I don't have a big emperor mount on my wall, but I have meat in the freezer every year and I'm pretty happy about it.
Click to expand...

Ok joking aside. I don't think drawing tags in Colorado is hard. Trophy areas for sure are hard and require 20+ points. They are called trophy areas for a reason.

Planning is key. I think the secret sauce is being able to give your self different methods of take and season options. Combine that with different animals gets you into the woods every year with multiple tags.
Reactions: BKC, THelms, Colorado Cowboy and 2 others

Slugz said:
Ok joking aside. I don't think drawing tags in Colorado is hard. Trophy areas for sure are hard and require 20+ points. They are called trophy areas for a reason.

Planning is key. I think the secret sauce is being able to give your self different methods of take and season options. Combine that with different animals gets you into the woods every year with multiple tags.
Click to expand...

I agree that population growth and and technology have definitely made it easier to hunt and increased pressure. The lack of up front fees didn't help either. Who all remembers having to use a paper map and their odometer to figure out where the public land started along BLM 1111 about 3.3 miles west of the intersection with CR2222.

I try to draw as many tags as possible and have fun hunting.

The high plains of Colorado

The key to drawing tags is to draw tags into quality units ( or a quality drainage within a unit ) and not use preference points. You have to be flexible with season and weapon choice. The biggest hurdle is putting up with the orange army. If you draw your first choice every year or every other year you are hunting marginal units but if you can draw with your second choice and find a decent area within a unit and have fun doing it then every 5 or more years you can start getting into better units and burn your points. I think there are good animals in every unit if you do your homework and spend full days in the field.
Reactions: gonhunting247, taskswap and Colorado Cowboy

The commission made the numbers final yesterday with no changes..

More and more folks in Co every year. Applications again set a record.. As others have said moving seasons, methods of take, and hunting w family are good options for hunting every year. Otc units keep getting busier and IMO close to the breaking point where a statewide draw needs to be put in place for elk.

Deer quality is going to go down after the next couple years. A good one or 2 will always make it but overall quality on public will take a nose dive.

I have been fortunate enough over the past few years to to get to hunt every year for deer w some luck and sometimes hunting w family and friends. You can find deer anywhere but there is a reason that the top units take the points they do..
Last edited: May 6, 2021
Reactions: MuleyHunter, Colorado Cowboy and mallardsx2

Guess my dreams of killing a big buck in CO are going up in smoke... too bad.

THelms said:
Guess my dreams of killing a big buck in CO are going up in smoke... too bad.
Click to expand...

naw ! it won't be to many years before hunting sees a massive decline. the oldtimers are dying out. most kids aren't interested in it like we were . add to that the skyrocketing costs involved and it doesn't take a rocket scientist to see that hunting is a dying sport .

there will always be hunters but soon it will only be the rich and the obsessed still out there . the weekend warriors will soon be gone . most of the road hunters ,will be gone .

those who still hunt will not have to contend with other hunters to the extent we do now .

their biggest obstacles will be the stoned campers stealing their gear and how to get to the hunts in the backcountry without gasoline engines .

who knows maybe horses are gonna make a comeback??? hunting might actually revert back to the glory days of the past !
Last edited: May 6, 2021
Reactions: BKC

THelms said:
Guess my dreams of killing a big buck in CO are going up in smoke... too bad.
Click to expand...

There will always be a few around as the saving grace IMO for these late seasons will be the sprawling development and 3 ac houses.... Bucks especially big bucks are smart and will find these “pockets” of private where they are safe.

Problem for guys like me will be crowding. Yea I can pry find a giant but so can 4 other guys so w less big ones there will be more guys and probably at least one outfitter on one buck... Thinking back all my top 4 were great bucks this year - could have hunted any one of them but I don’t think it will be too long before that list is down to one or 2 before the season. Different challenge and I will still be at it every single year I can get a archery tag...

There are units that you can pick up a leftover tag every year that is as close to being a OTC tag as you can get. And those units hold massive bucks, but you have to work for them.
Reactions: LCH and kidoggy
R

I have no issues with hunting CO.

it is not just Colorado. Everywhere you look someone is talking about how tough it is to get a tag or permit. We've all experienced it.