With new job responsibilities and an extremely busy summer work load, I decided it was in my best interest to hire a guide for the Nevada hunt. In 2017, I hunted with Pine Peak Outfitters and Jake Rosevear, and 2019 would be no different and I locked in my spot the day the draw results were released.

Opening morning came and we started the task of sorting through the bucks. There were a couple that peaked my interest, but needed a bit more to reach the next level. Right before lunch we came across an antelope that had the classic heart-shaped look and the best prongs we'd seen all day. While I was on the fence, Jake and John that he was a buck I should really consider. In the end, I let him go.

At lunch, we decided we'd better try to find him again. We picked him up and he had that classic antelope "look" I couldn't pass. Green scored 80 3/8". 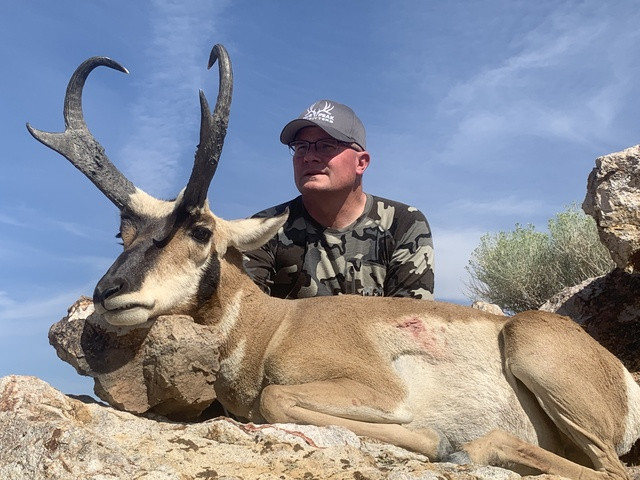 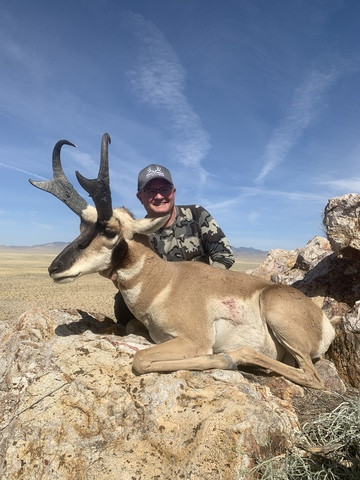 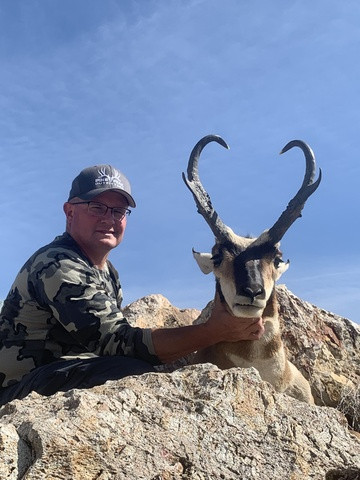 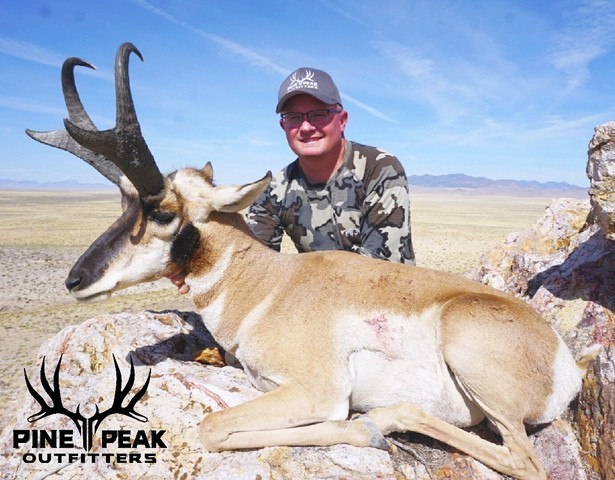 I spent every spare minute in my Colorado antelope unit during the month of September. The difficult task was finding a good buck on public land. I had found a couple bucks I would have gladly taken, but they were on private property and my request to access those properties were not successful. So, enjoy the grind and keep looking.

A couple weeks prior to the opener I was headed back into the unit to assist a friend's daughter on her first muzzleloader bull tag. While getting a little sidetracked and going to scout antelope before heading to elk camp, I just about wrecked the truck spotting my antelope right next to the road in an area I would call "non-traditional" antelope habitat. He was in the stinking pines!!!

The evening before opening morning I stuck with the buck until he and his doe with two yearlings bedded. Opening morning found me waiting for daylight only to find he was gone. The search was on again. And, being in the pines made things a touch more difficult.

Mid-morning had me making a last look near a little pond I thought he was watering at right next to a busy county road. Came around the corner ... there's an antelope ... it's a doe ... there he is! Bail out of the truck, slip over to some trees and start working my way through them. Settle into pine needles laying prone ... range only 237 yards, perfect. Then, over my left shoulder I hear a vehicle coming down the county road, the it's passenger is decked out in orange and there's only one reason to being wearing orange at this time. They lock up the brakes, and I immediately think, "I'm not letting someone shoot this buck off the pickup mirror." He's facing almost dead away from me, while looking back at the truck. I hastily put a bullet just in front of his right flank with the bullet exiting between his neck and right shoulder. He hits the dirt, whew! I go to get up, look up and he's standing! Flop back down, locate him in the scope again, he's back on the ground, I put another one in him and it's over this time. Nothing like a little pucker factor to cap off a hunt that's been 11 years in the making!!! Green score 84 0/8". 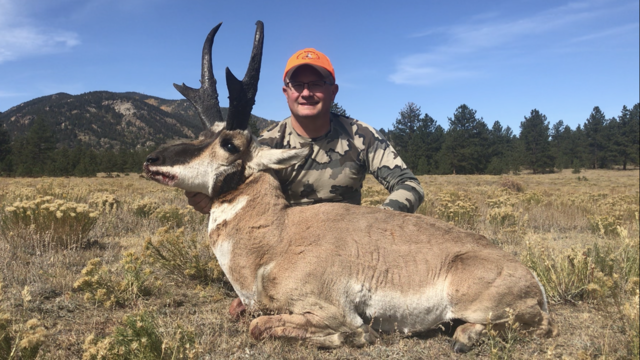 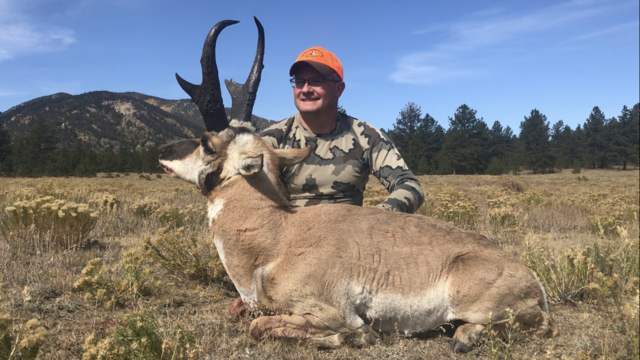 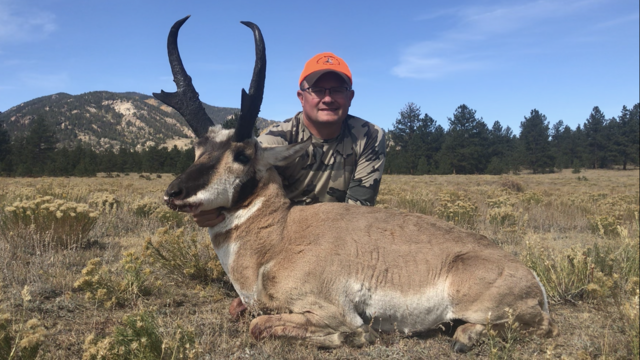 Good luck elk my son has been sending with me for a couple of years now. He doesn't miss a chance at photo ops! I couldn't be more satisfied with my 2019 antelope tags. 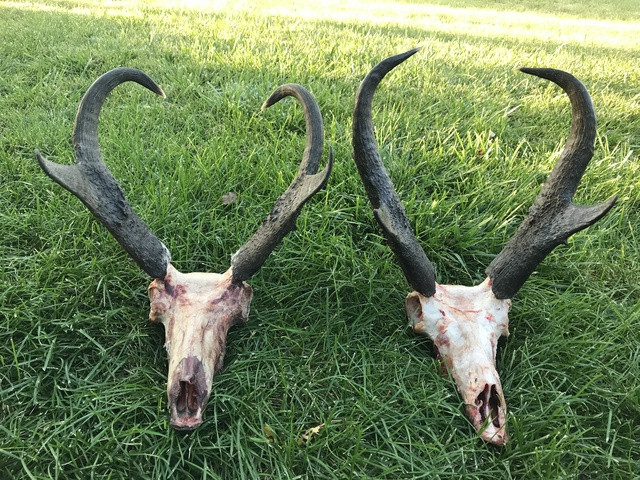 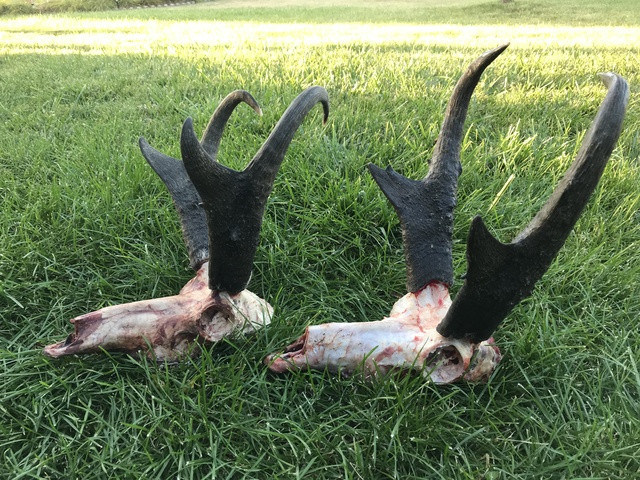 And, yeah, there is something magical about my little elk friend!!! 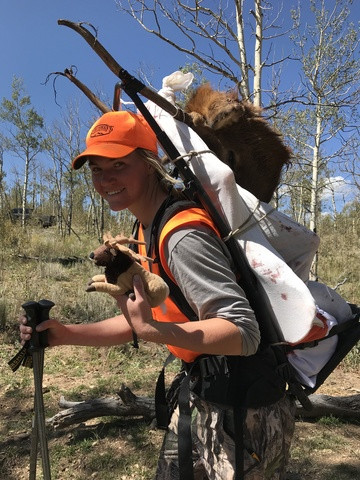 Great write up! Those are some really nice bucks. That second picture needs to be framed somewhere!

Thanks for sharing and congratulations. Are you taking either to the taxidermists?
Reactions: graybird

Very cool, thank you for sharing. This is why I love this time of year on the forum!
Reactions: graybird

Bonecollector said:
Thanks for sharing and congratulations. Are you taking either to the taxidermists?
Click to expand...

I have both capes in the freezer. My wife is going to kill me for dragging not one, but two more mounts home.

Thinking about a way to display them together but also the option to separate them, too.

Great looking bucks! A year that will be hard to beat.
Reactions: graybird