Just wondering if any of this land is truly suitable for farming/ranching or if this is all getting blown out of proportion? Never know what to believe in the news these days.

It doesn't appear to be run by anti-hunter groups as they do allow quite a bit of hunting access.

Can anyone who lives in Montana offer a dime tour or their thoughts to the rest of us on what is really going on here?

APR is the best thing to happen to Montana in my lifetime, my family donates to them every year.

There's a lot of hand wringing and pure BS being pushed by Gianforte and his misfit administration as well as UPOM.

The land they buy is from willing sellers, and its always a funny thing listening to Republican right wingers like Gianforte whine about "private property rights" and how important they are, then wanting to strip one of the most fundamental private property rights away. The right of a private property owner to sell their land to whoever they want. If I own land, it shouldn't be up to some numbskull legislature to tell me who I can and can't sell to. If I want to sell my land to a bunch of hippies, the government, APR, or someone else, that's a private deal that should NOT be tampered with via legislation.

For the record, UPOM cares so much about wildlife, they're suing the State of Montana to shoot elk down to the objective numbers found in the EMP...which means killing them down to about 95K elk. It's all a joke, what they want is transferable landowner bull elk tags, and the elk problem/lawsuit will just go away.

As far as the bison go, well again, you can thank UPOM and the Republican legislature for that too. They threw an absolute chit fit when Montana wanted to classify yellowstone bison as wildlife. They got their way classifying them as livestock so they could round up and kill them at will (which they've done for decades), when they leave the park. Now, they're crying because APR is being allowed to graze their "livestock", which UPOM demanded bison be classified as, on Federal BLM leases. Too bad, UPOM and the R's got their way, they're now pissed they can't have it BOTH ways. Cry me a river, APR has state classified livestock (bison) and the BLM approved their grazing permit for bison. The Montana AG better lay off the crack pipe, the BLM approving bison (livestock) grazing is NOT a federal violation.

As to the management on APR property, its stellar. I have visited with several of their land managers and biologists and they have a bias toward proper wildlife management. They also have large chunks of their property enrolled in Block Management, have provided a ton of access across their private lands to formerly landlocked public lands, and allow some level of hunting on most all of their property. The access they've provided is huge for elk, deer, pronghorn, and in particular bighorn sheep hunting. I find absolutely nothing wrong with a landowner placing wildlife higher on their priority list than livestock. Again, it's no different than a mid-west landowner choosing to provide food plots for whitetails over planting corn for livestock production. Their land, their choice.

That news article is a bunch of crap, when we're using corn to produce ethanol for fuel, don't try to BS me that we're putting food security at risk.

I can also say that the majority of the land they own is NOT irrigated and there is not much, if any, dryland farming that goes on that far out in the Breaks.

I will continue to support APR and enjoy the hunting there when my family and I are lucky enough to draw tags out there.

Oh, and some of the animals we've killed on APR or in areas where they provided access to public: 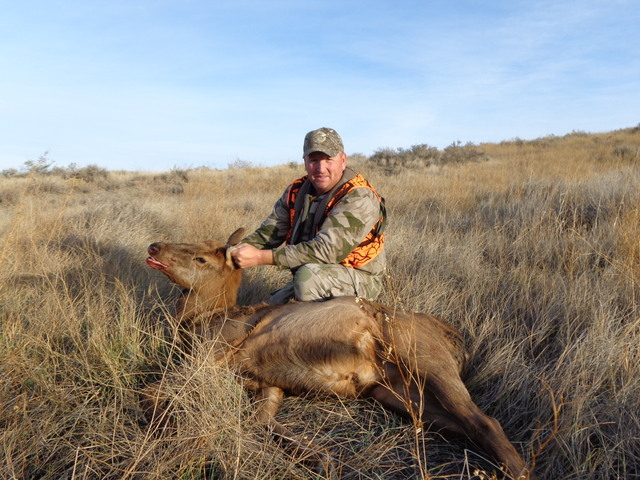 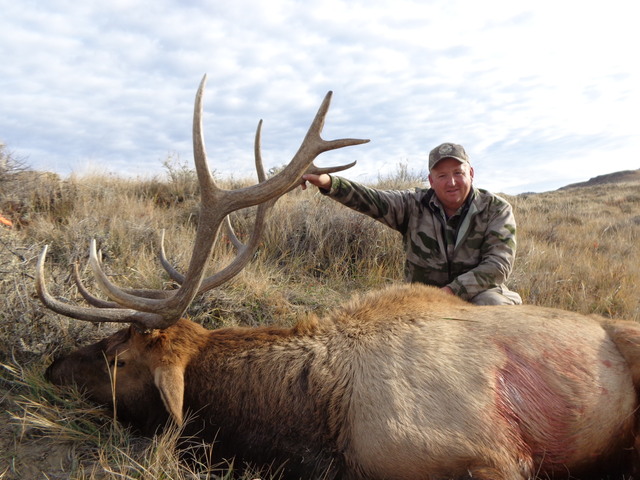 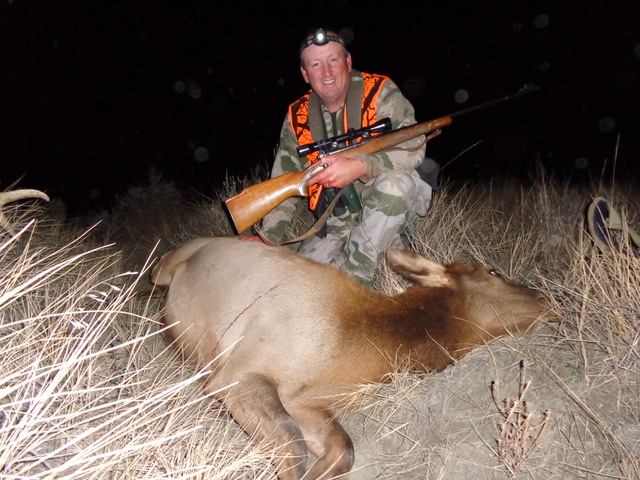 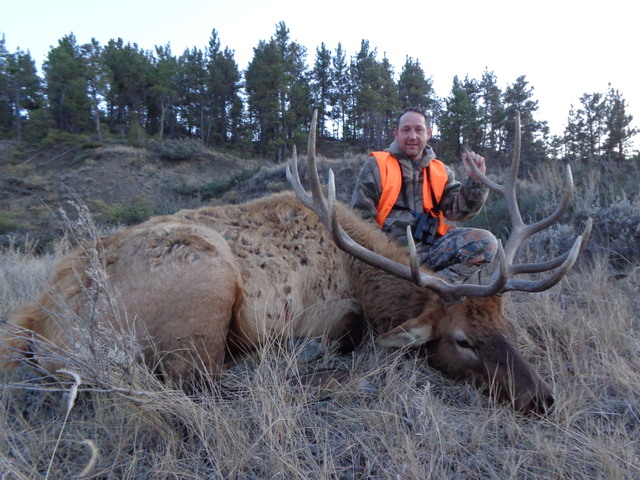 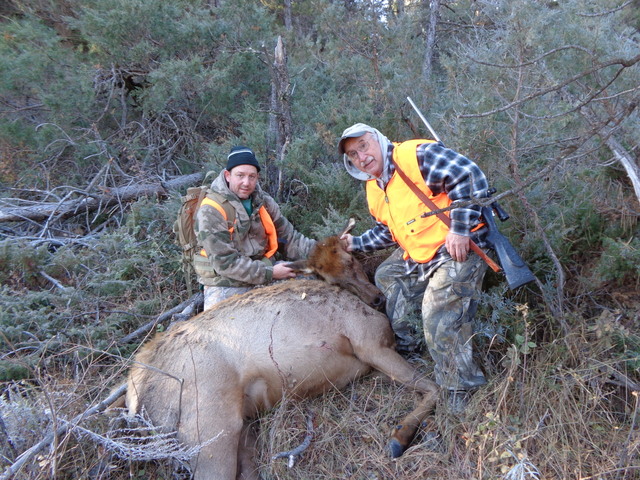 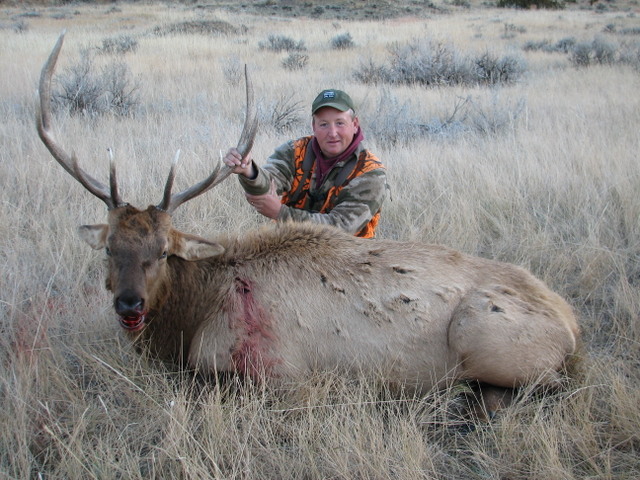 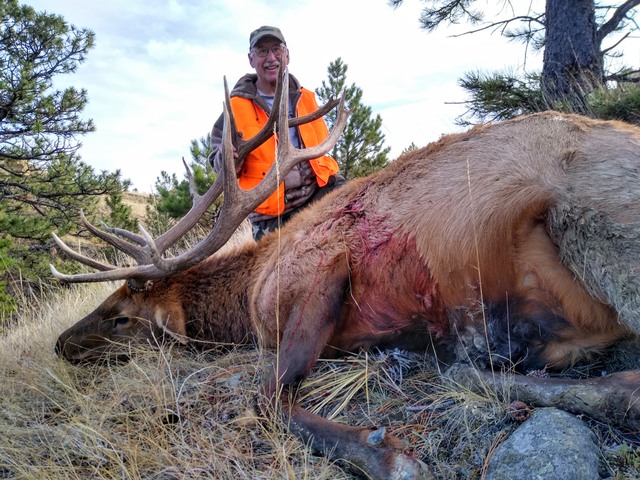 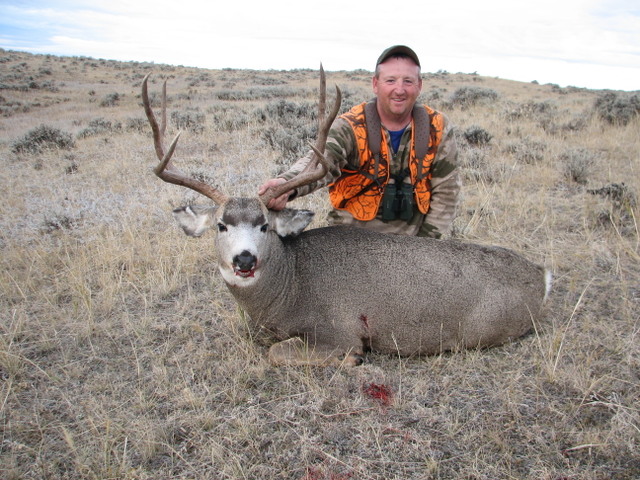 I read most of what is on the news with several grains of salt. At a first glance I was wondering how much of it was even fit to ever be agricultural property vs how much of it was being utilized for ranchers to get richer by letting cattle graze for pennies on the dollar. Yes, America needs beef and beef need to graze. But to what end?

Anyhow, on its face value, It seems like a pretty good deal to preserve what wild places we have left while creating opportunity for hunters and outdoorsmen.

Thanks for the detailed explanation.
Reactions: BuzzH
B

Very little beef is produced on public lands and that is NOT to say that I believe grazing should be stopped on Federal Land.

Grazing done right is not a problem and should continue on Federal Lands, but maybe with a bit more thought, oversight, and at a price high enough to at least cover administrative expenses.